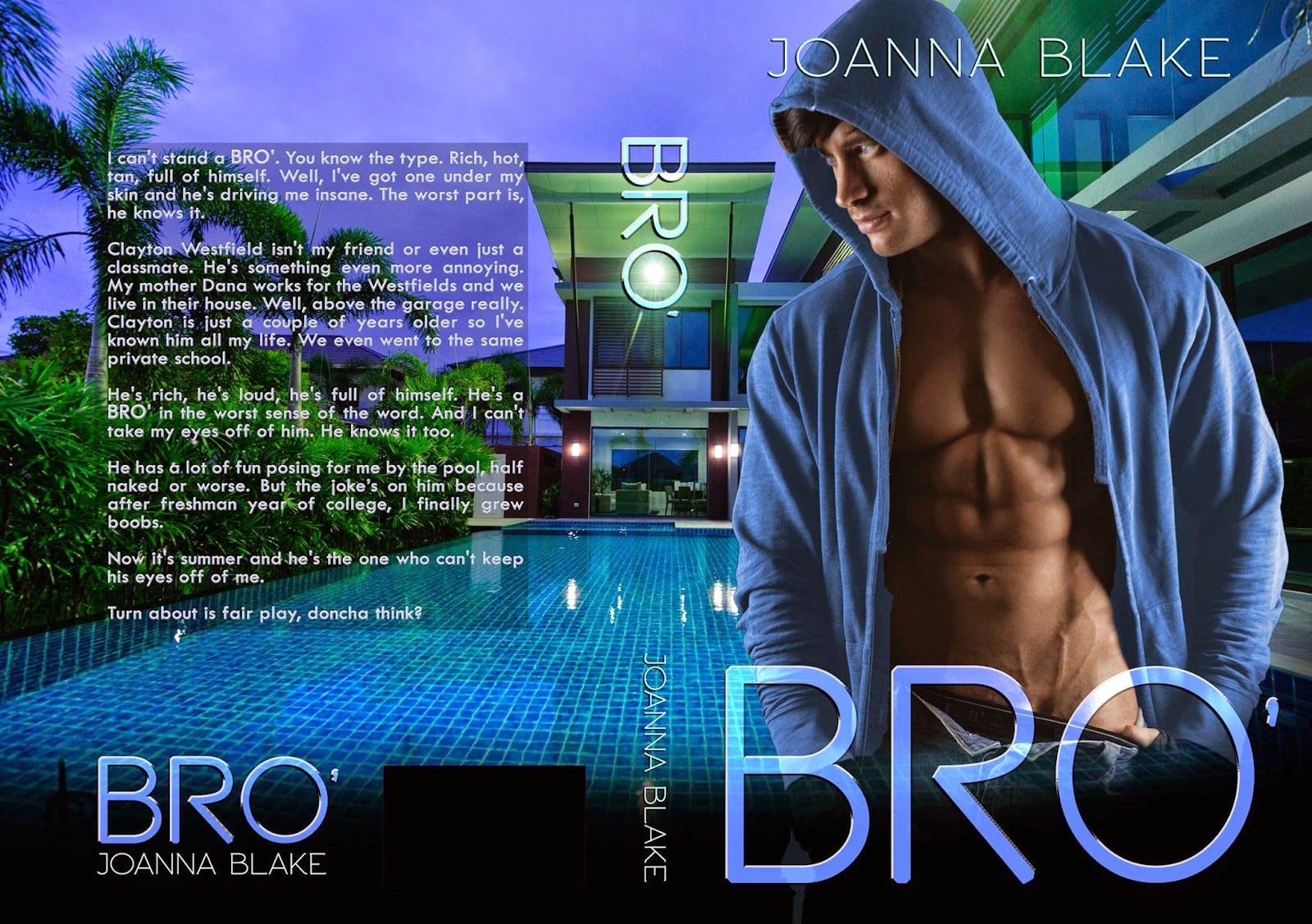 I can't stand a BRO'. You know the type. Rich, hot, tan, full of himself. Well, I've got one under my skin and he's driving me insane. The worst part is, he knows it. Clayton Westfield isn't my friend or even just a classmate. He's something even more annoying. My mother Dana works for the Westfield's and we live in their house. Well, above the garage really. Clayton is just a few years older so I've known him all my life. We even went to the same private school. He's rich, he's loud, he's full of himself. He's a BRO' in the worst sense of the word. And I can't take my eyes off of him. He knows it too. He has a lot of fun posing for me by the pool, half naked or worse. But the jokes on him because after freshman year of college, I finally grew boobs. Now it's summer and he's the one who can't keep his eyes off of me. Turn about is fair play, doncha think? *BRO' is a stand alone novel with a guaranteed HEA!*

This is not your everyday romance. Nevada has been crushing on Clay for a long time. He just never see's her as his type. Until suddenly they come back home from college.

It's a tale of the well off bad boy and the girl from the wrong side of the tracks, but what happens when the bad boy falls, and falls hard from the girl he know's he shouldn't fall for? This is there tail to tell.

I love love love Nevada, she's spunky, and feisty, and doesn't take any crap from Clay. He's the ultimate guys guy. He know's he's the best of the best, and know that he's set his eyes on Nevada. She's the one he want's and he wont stop until she see's the truth.

Connect With the Author: