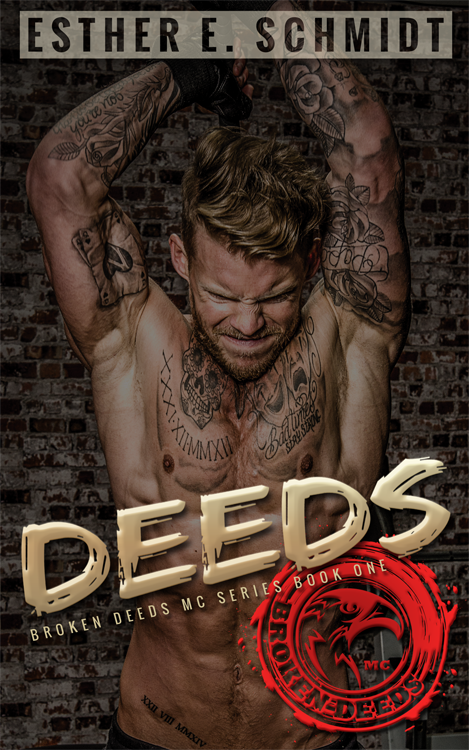 ✯ ☆҉‿➹⁀☆҉☆ SYNOPSIS✯ ☆҉‿➹⁀☆҉☆
Deeds has just spent the last few weeks jonesing after a woman he only knows as Hotlips. Apparently pissing off a female can be rather entertaining from the safety of a text and their witty banter has left the President of Broken Deeds MC wishing for more.
The annoying, yet funny, communication comes to an end when they meet face to face. Lynn is the sister of Zack, current president of Areion Fury MC. Brought up the daughter of an MC President, Lynn is hell bent on not being a biker’s bitch.
When an enemy of Broken Deeds MC comes to play, Deeds is willing to give his last breath protecting what he claims is his. Deeds, a former MMA fighter, will need to revive his old fighter skills to protect his woman. Will it be enough to bring their enemy down or will he not only lose his only love but also his life?
For a greater reading experience, recommended reading order:
"Zack" Areion Fury MC book one
"Deeds" Broken Deeds MC book one
Read “Zack” Areion fury MC for a little Broken Deeds taste and background info:
Amazon: http://amzn.to/1OGhBns
Pre-Order LInks:
“Deeds” Broken Deeds MC #1:
Amazon US: http://ow.ly/WDX5K
KOBO: http://ow.ly/WDX3d
iBooks: http://ow.ly/WDWWA
B&N: http://ow.ly/WDWHW 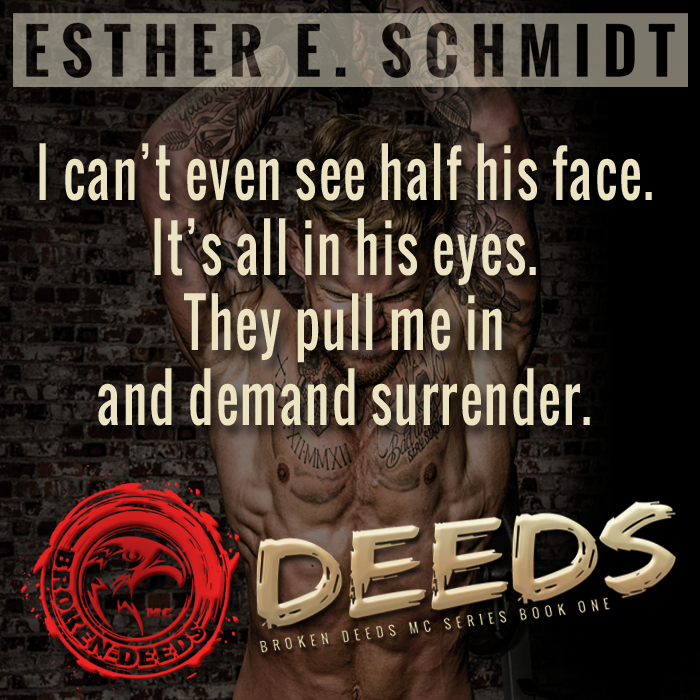 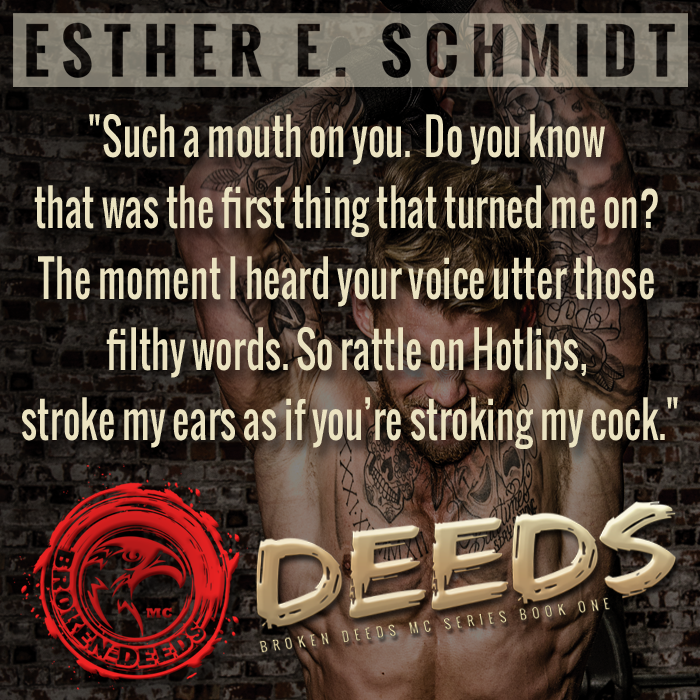 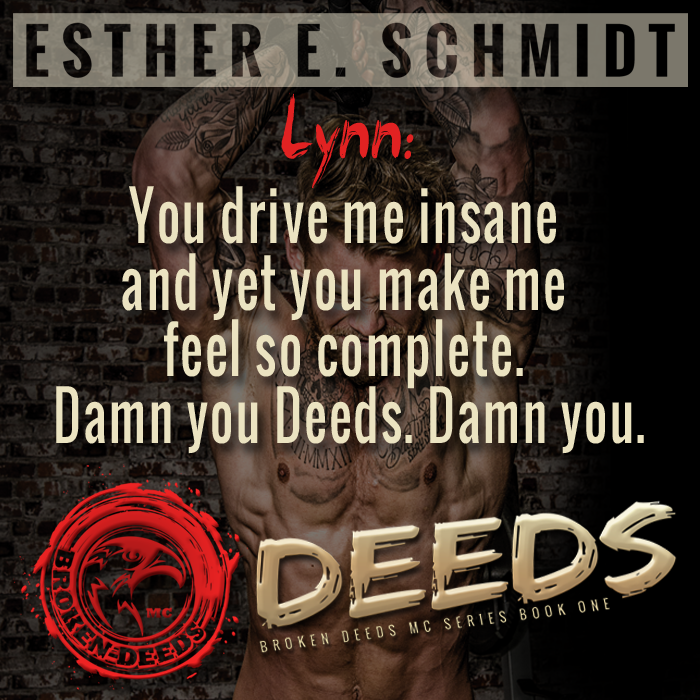 ✯ ☆҉‿➹⁀☆҉☆ Author Bio✯ ☆҉‿➹⁀☆҉☆
Esther E. Schmidt author of Areion Fury MC and Broken Deeds MC ebook series. She's a graphic designer that also loves to write. She released the first series in October 2015 (Areion Fury MC). The second in this series will be released in 2016. Her latest project is Broken Deeds MC, this whole new series is a spin-off from Areion Fury MC. Book one "Deeds" will be published january 29th, 2016.
She loves to write erotic Romance about bad boy Alpha's with a heart for only one woman. To make it a bit interesting, that woman needs to be a badass herself. She loves to workout and even her storylines most times comes by walking on the treadmill. 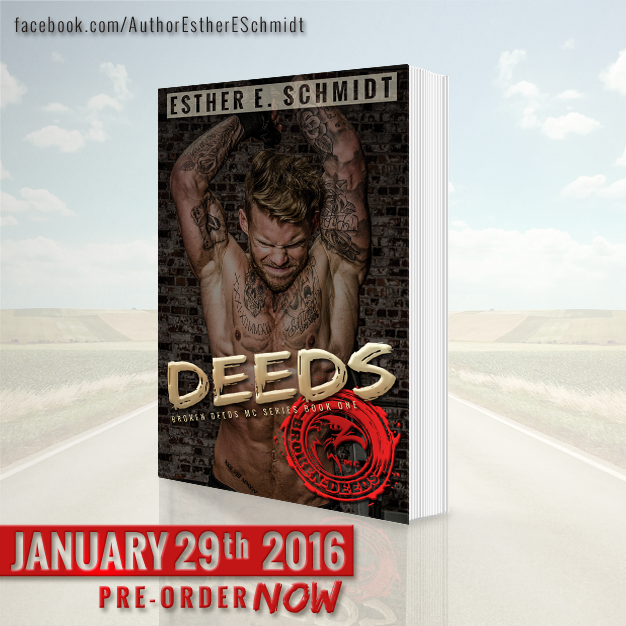 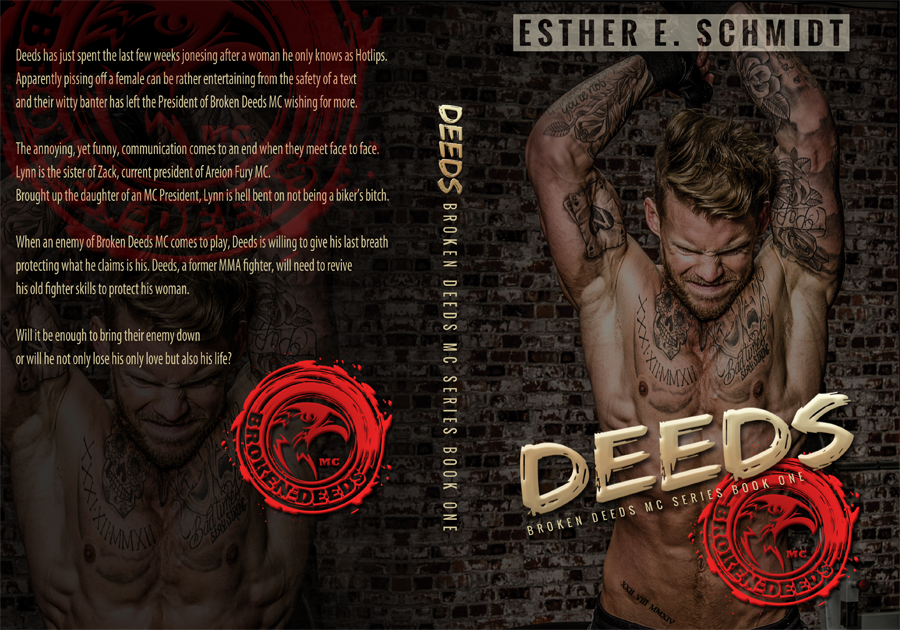