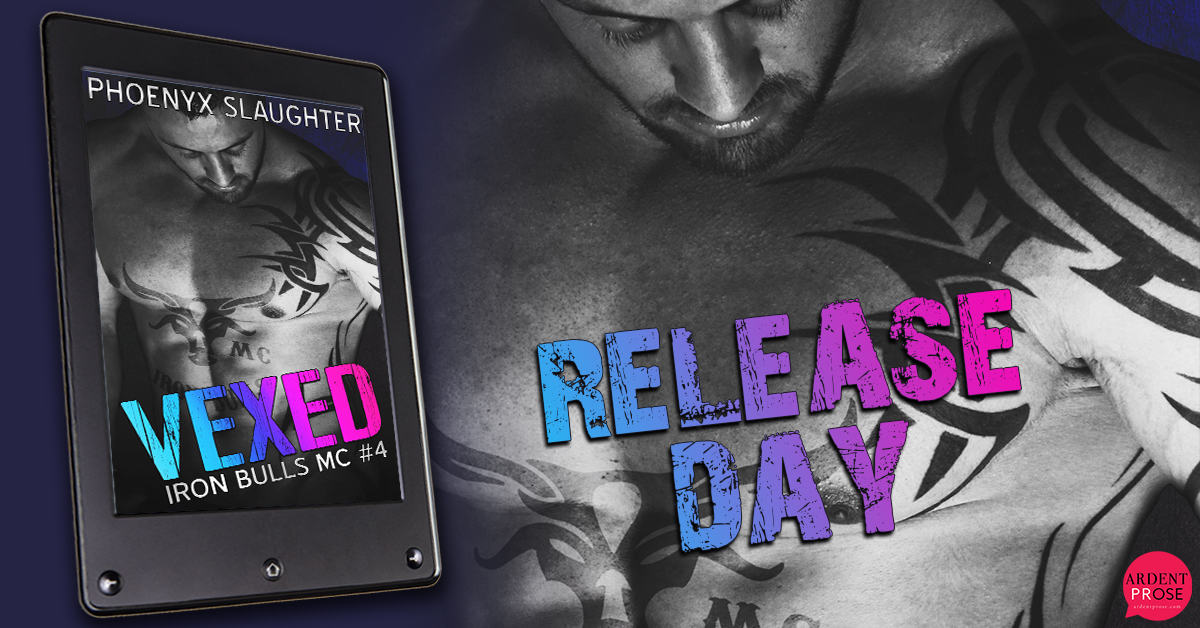 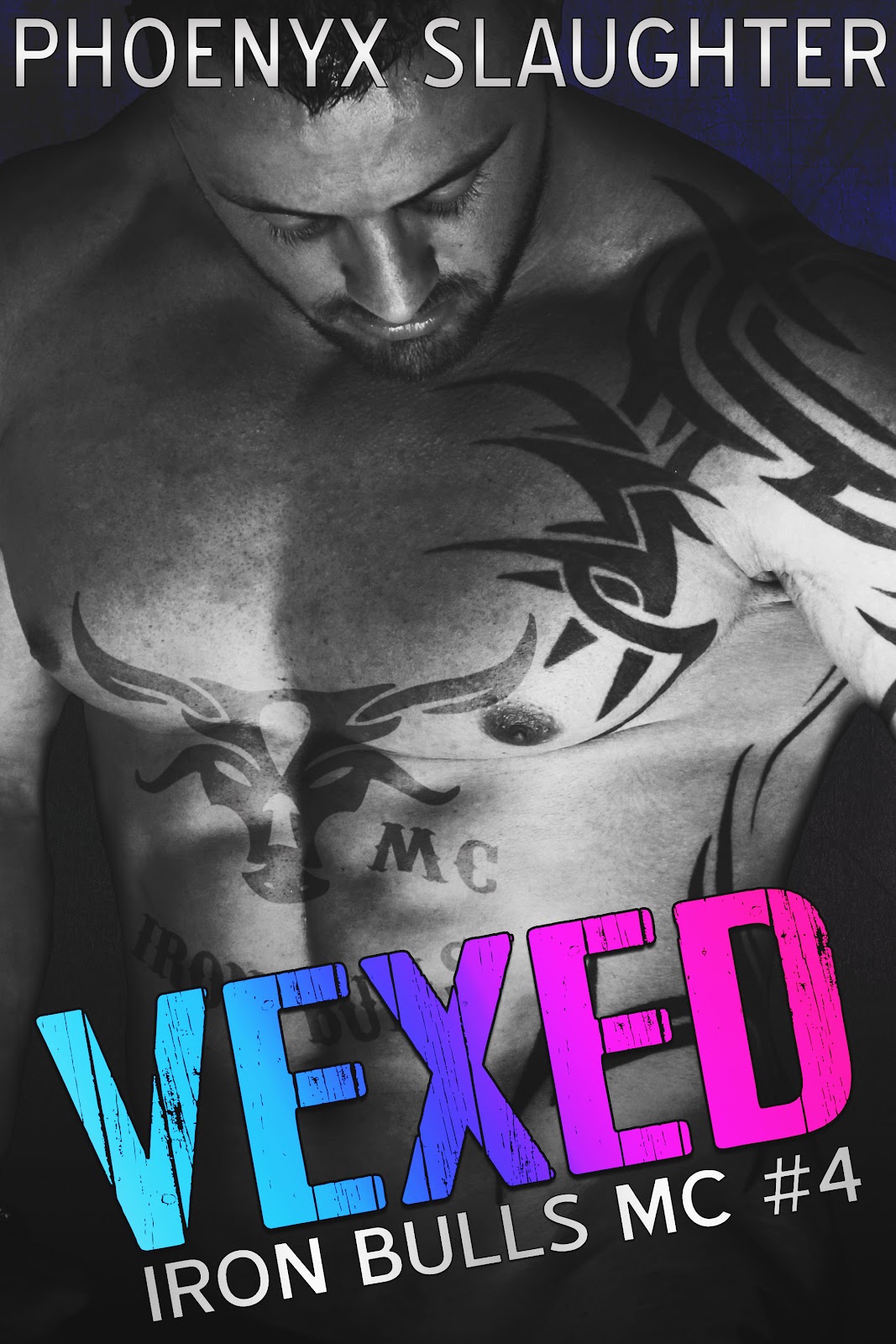 I have to say I was so impressed with this book, bc hello Athena and Romeo. The foreplay in Karina and Dantes book alone was off the chart.

The author had a lot to live up to, but boy did she do it. Romeo and Athena have a completely different relationship compared to Karina and Datne. One that leaves your panties melting off.

See Romeo has a different side, he likes the thrill of getting caught, and while Athena may hold her v card. She loves that thrill right along with him.

This novella keeps you panting and breathless and in need of a certain thing that goes buzz buzz if your man isn't around. You don't want to miss this 5 star read!

All day I begged Karina to let me tag along to her boyfriend’s motorcycle club, but now that I’m here, I’m terrified.
The reality is so much scarier than all the things I’ve fantasized about since the first time I visited the Iron Bulls MC’s clubhouse.
A few weeks ago, I’d dropped Karina off to visit her boyfriend. I hadn’t expected the president of the club to take an interest me. The intensity of his deep blue eyes tied my tongue in knots and I made a fool of myself. That had been during the middle of the day. Things were relatively calm.
Tonight, the clubhouse is in the middle of a big celebration, and I’ve never seen some of sex acts being done around me. Not even on those five-minute Pornhub clips I’ve snuck a peek at once or twice when I found my way around my parents’ firewall.
My best friend has been keeping serious secrets. It blows my mind Karina hangs out around this erotic mayhem and never told me. I’m utterly shocked and throbbing with curiosity about everything I see.
You’re a whore just like your friend.
I give myself a shake, hoping to silent my parents’ ever-present criticism and focus. I swore if I had another chance to talk to Romeo, I wouldn’t embarrass myself. Yet here I am, gawking like a scared little girl.
This is the scene Romeo’s used to. The kind of behavior he expects. Sexy, confident girls. Not virgins who have no idea what they’re doing.
Well, some idea.
But my ex-boyfriend, Bobby, might as well have been an armadillo for all the similarity he has to Romeo.
The arrogance of having a road name like Romeo. Either he’s really good in the sack or has a micro penis.
God, I hope it’s not micro penis.
The way he’s staring at me and running his hand over a chin full of scruff, I think I’m about to find out.
“Did you have a good birthday?” he asks while watching me as if I’m the only person in the room.
Because he wants to get in your panties, idiot.
He doesn’t even pretend he’s not checking me out. His deep sapphire eyes gleam with sex and mischief while they appreciate my long, bare legs, covered by a short, frilly skirt. I practically feel the weight of his gaze as it moves up my body, over my hips, and over the swells of my breasts, barely concealed by the flimsy fabric of my camisole.
“Not really. I think you can make it better, though.” Where the hell did I find the lady balls to say that?
Romeo likes my forwardness. A feral smile lights up his face. Hell help me, this man’s insanely hot. The beard scruff doesn’t hide the hard angles of his jaw. The fitted T-shirt he’s wearing under his leather vest hints at the rock-hard body underneath. Tattoos peek out from every available inch of skin. His thick, dark hair seems too wild to be contained and falls over his forehead in a way that declares badass. Every inch of him screams reckless, gruff, crude, dirty, dangerous, and utterly irresistible.
I’m so in over my head with this guy…this man.
And I can’t wait to see what happens next. 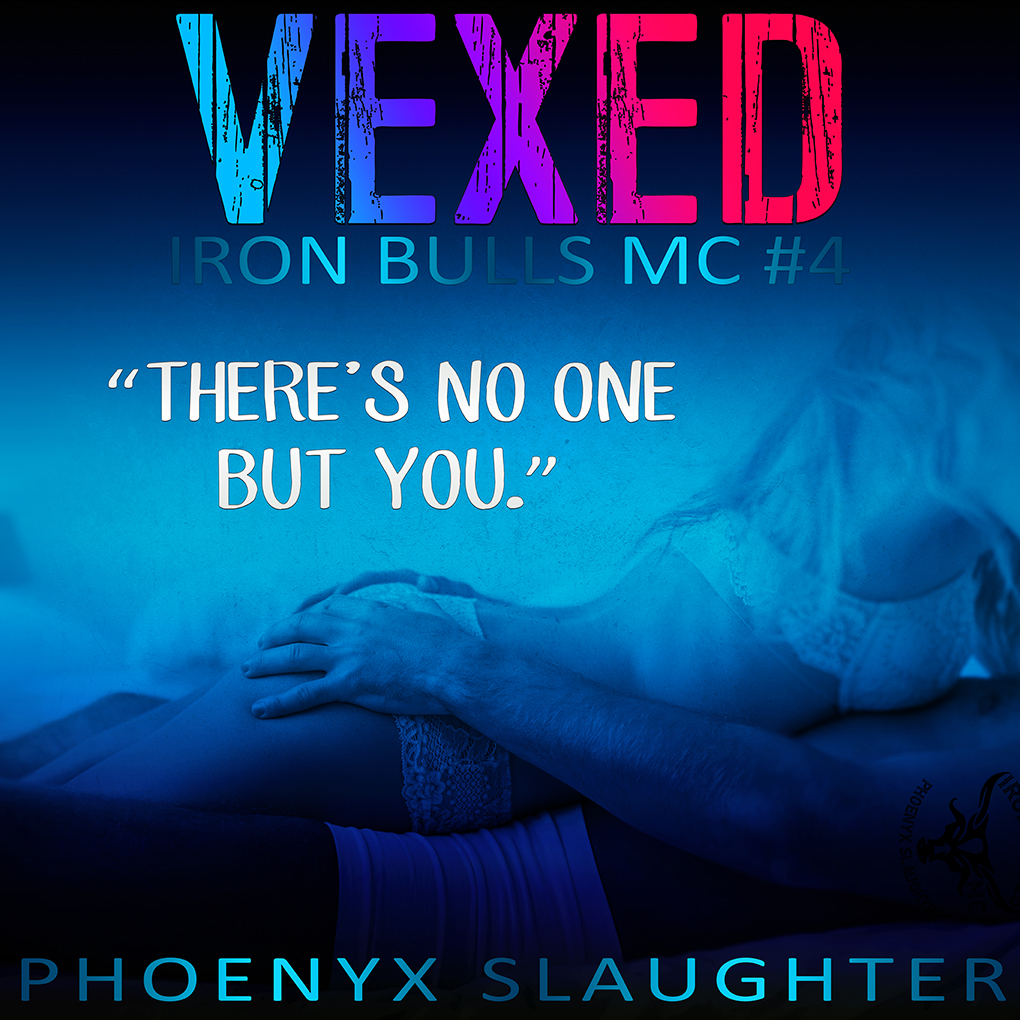 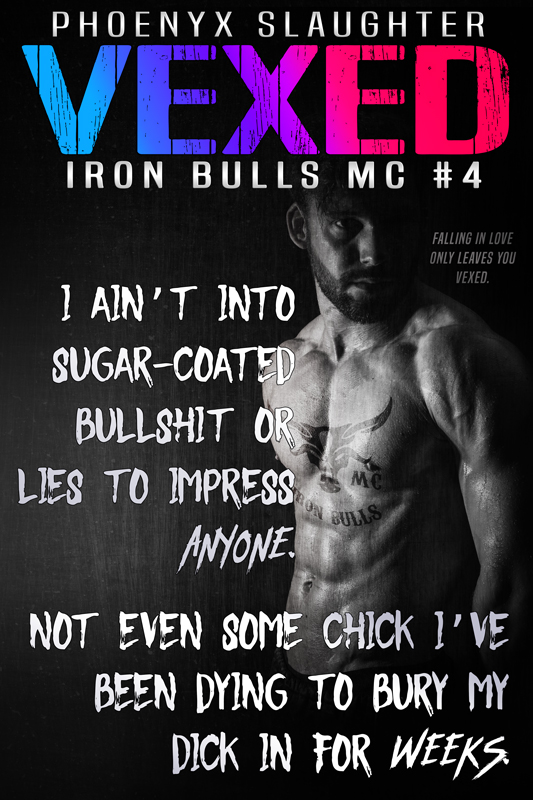