Unveil Me by Alex Grayson 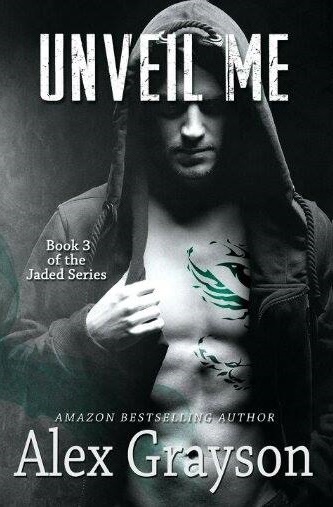 Andrew Donovan is the outrageous goofy guy that everyone loves. In any setting he’s in, he takes front stage and makes everyone laugh; from his ridiculously funny t-shirts, to his naughty jokes, to his shameless flirting with anything that walks, both men and women. But what you see on the outside can sometimes be deceiving. Andrew has a secret. A secret that’s slowly withering away the fun loving guy that everyone knows. A secret that even his closest friends know nothing about.


When he first sees Jase in a picture, he knows instantly that he’s found the one person who will be his forever. He’s just impatiently biding his time for him to get to Jaded Hollow. Andrew is torn. On one hand, he’s finally found the other half of his soul, while on the other hand, he’s slowly dying inside. Tragedy is on the horizon and there’s nothing he can do to stop it.
Jase Matthews comes to Jaded Hollow a dead man walking. He knows it’s only a matter of time before they find him. There is no way they’ll let him live. At his first sight of Andrew, he’s instantly drawn to him, but he refuses the connection, knowing his days are numbered. However, it’s not long before he realizes the pull Andrew has on him is something he can’t fight.
Can Andrew find the courage to reveal to his loved ones the secret he’s kept for years? Will Jase be the man to help him overcome the grief he feels inside? And what happens when Jase’s past catches up to him and threatens to take away the man Andrew’s waited forever to meet?
COMING DECEMBER 10TH! 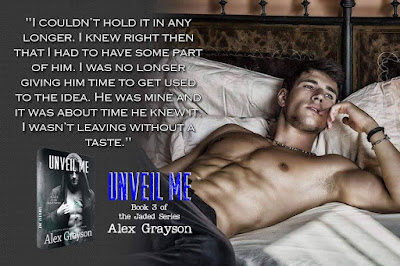 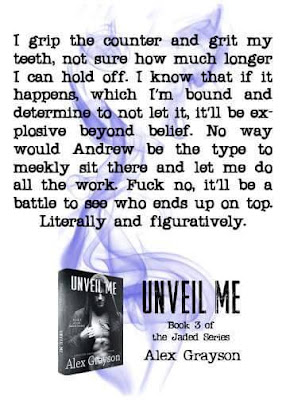 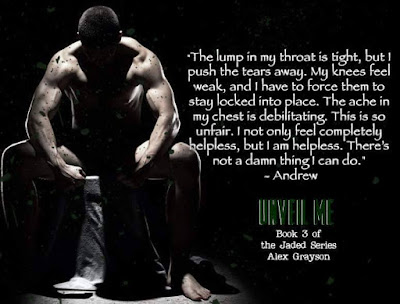 Other Books in the Series:

About Author
Alex Grayson is originally from the south, but has recently moved to Northern Ohio. Although she misses the warmth of Florida and often times detest the cold of Ohio, she absolutely loves living in the north. Her and her husband bought a house on two acres of land and live there with their daughter, son, one dogs, two cats, eight ducks, and three chickens. She hopes to eventually get a couple of goats to add to their country way of living. Besides her family and home, her next best passion is reading. She is often found with her nose obsessively stuck in a book, much to the frustration of her husband and daughter. On more than one occasion Alex found herself wanting a book to go a certain way, but it didn’t. With these thoughts in mind, she decided to start writing stories according to her own visions. Although this is a new endeavor for her, she hopes that readers find her concepts on romance intriguing and captivating. Alex welcomes and encourages feedback, of any kind. She can be contacted at alexgraysonauthor@gmail.com. 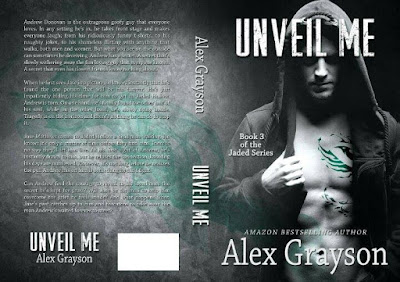 Email ThisBlogThis!Share to TwitterShare to FacebookShare to Pinterest
Labels: Alex Grayson, Unveil Me