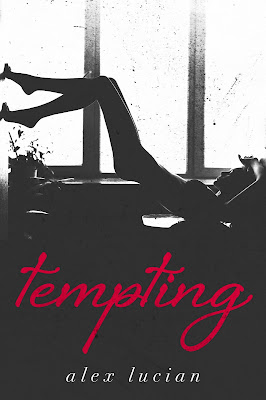 His body climbing over mine.


My teeth biting his neck.


His scent on my skin.

My nails carving a path down his back.

His commands whispered in my ear.

All of my senses filled with him.

I knew it was bad. But I craved more.

It had begun innocently enough, bumping into one another in a crowded Boston bar. What followed that night had been anything but innocent.

Because I'd known, even as he'd slid inside of me, that he was my professor. I'd pursued him, a predator stalking its prey.

And he didn't know I was his student. 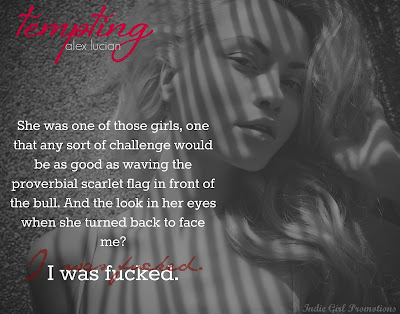 Alex Lucian is an author living on the eastern coast of the United States who appreciates being anonymous, for personal and professional reasons. Tempting is Alex's first novel. 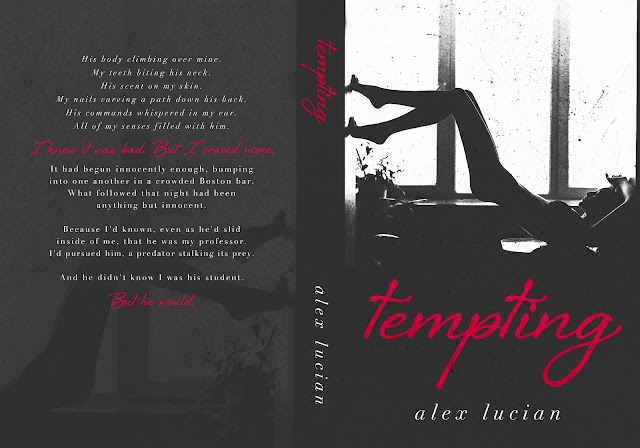